Our Toddler Class is centered on the Montessori principles of following the child, awareness of sensitive periods, encouraging learning through exploration, respecting the natural development of the child, and the use of hands as tools for learning. Toddlers are given the time and opportunity to engage in purposeful work to explore language, music, movement, art, practical life activities, and fine and gross motor activities that meet their individual developmental needs. They practice skills such as buttoning, tying and zipping, preparing meals, caring for themselves (including toileting), and their environment.

The toddler develops his attention span, coordination, and feelings of security and independence daily while participating in individual and group games, world music, storytime, and arts and crafts. They spend time outside each day, weather permitting, and they have a snack. The toddler environment is prepared for the awesome work of creating the self, feeling one’s own edges, and finding one’s own core.

The toddler class is enhanced through class environments outside their own classrooms. Both indoor and outdoor play environments are used.

These are the developmental milestones we look for in our children. 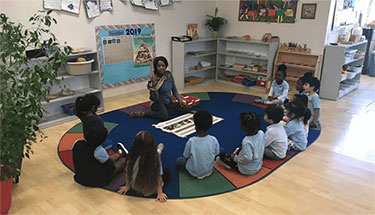 Coordinated actions with hands, develop the ability to use a spoon to feed self. 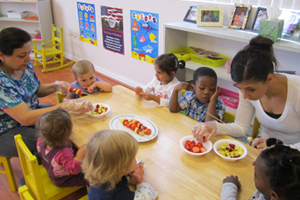 Sleeping- through the night and afternoon nap 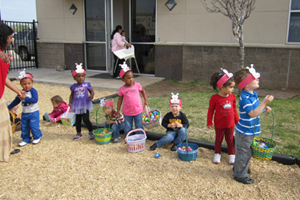 Large motor- walks up and down stairs alternating feet, in a line, heel to toe hops, a short distance on the balance beam, throw a ball 10 feet, and finds a route in an unfamiliar place 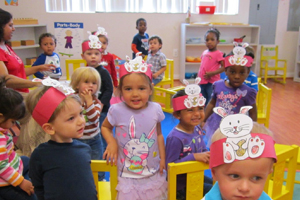 13-18 months: Object play with mutual regard. Infants attend to objects and adults at the same time through games and conversations. Three different types of parent-child play: 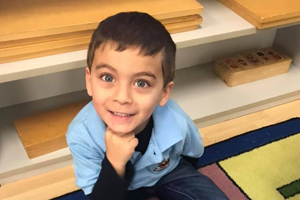 Piaget (Stage 6): the final stage of sensory-motor development: the invention of new means through mental combinations before any action. Babies can find objects after any number of visible or invisible displacements. 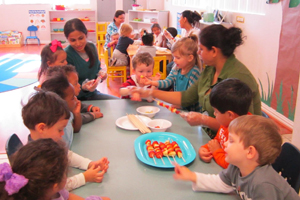 If a traumatic event occurs before age 2, participatory memories remain, but unconsciously, not verbally (verbal amnesia). After age 2, a child has verbal skills enough to be able to communicate the event. At around 30 months, they begin, literally, to talk to themselves. They begin to improve hand-eye coordination. Rather than being egocentric, thinking only from their perspective, they start to think symbolically. As a result, they begin to follow simple requests, increase their focus, and begin to imitate.

In this stage, the emergence of first words occurs, usually holophrastic speech, which is using a single word to express a complete thought. Hence, they are only able to follow one-step directions. As a result, the explosion of naming things occurs. At this stage, we look to implement three types of speech:

At this point, their language development, vocabulary, and speech is starting to speed up. They start developing two types of speech, Referential and expressive. Referential speech includes object names, nouns, single words, and referential (such as reading in books). Expressive speech includes social routines, pronouns, phrases, and interpersonal (such as free social play).

This is when toddlers begin building autobiographical memory, which is the ability to remember experiences verbally. Toddlers also develop private speech, which is the use of language to regulate one’s own behavior without the intention of social communication.

Infants visibly fight back tears and use self-comforting techniques such as hugging themselves. While doing this, toddlers start to develop the ability to cope with separation, distress, and stressful events. Toddlers can remain happy over a long period without the continuation of the event. They start to show delight in their own achievements. Some of the key feelings they start to develop and show include: empathy, sympathy, concern, pride, and competitiveness. They also begin to comprehend verbal labels used to describe emotional expressions and begin to understand the embarrassment and other complex social emotions.

After 18 months, babies smile during periods of effective sharing. In the second year, infant laughter takes on a specific meaning within the mother-infant communication system. The ability to form mental images and create symbols increases the range of an infant’s emotional experiences. (Fear of monsters, the dark, & talk in sleep).

By 24 months, toddlers engage in conversations about their feelings, causes of feelings, and pretend games with certain kinds of feelings. They also develop self-conscious emotions like shame and pride (success or failure) and further awareness of an existential self.

At this age range, toddlers gain the ability to label and talk about emotions and the ability to understand the causes of emotional states in self and others. Laughter as emotional communication- comments, chuckles, rhythmical, and squeals are associated with a specific type of situation. 3-year-olds can also modify their speech when talking to a baby in the form of a mother. They also begin to build autonomy.

At the end of the day, we want to provide a healthy foundation for your toddler. Hence, we look to provide both indoor and outdoor activities that strengthen their brain functions, while instilling positive social behaviors to nurture their creativity and imagination. 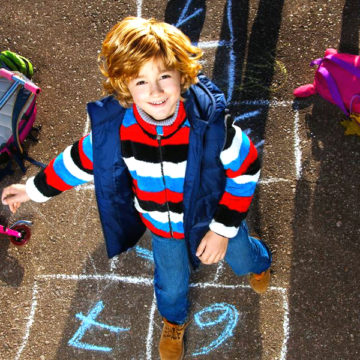 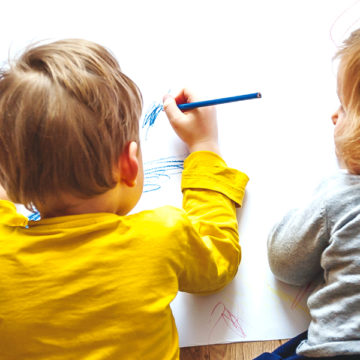 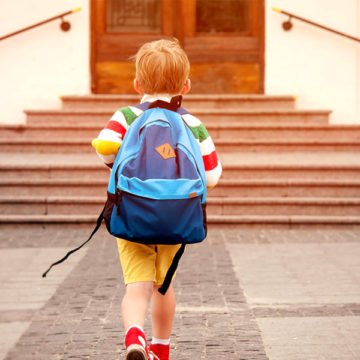